Changing Cities: Winchester through the eyes of Beatrice Corfe

Beatrice Olive Corfe (1866-1947) was a gifted topographical painter, and Hampshire Cultural Trust is incredibly fortunate to be the custodian of two of her watercolours, which depict Bridge Street and Minister House on Great Minster Street. A number of Corfe’s other watercolours, which depict interior scenes, have made their way to the Victoria & Albert Museum, while her sketchbook and plant watercolours were bequeathed to the Natural History Museum after her death. Such associations further emphasise what a talent Corfe was, which makes it all the more extraordinary that she is not better known.

It is thought that many of Beatrice’s paintings of Winchester were commissioned by Thomas Stopher. Stopher was Mayor of Winchester on three occasions, in 1876, 1883 and 1893, and latterly an alderman of the city alongside one William Henry Jacob, who we have to thank for the Westgate Museum. By trade, Stopher was an architect and surveyor. He was said to have had a keen interest in Winchester’s history and was an ardent admirer of the city’s architecture. In 1895, he combined his two passions to begin handwriting the 'History of Winchester’s Streets', which recorded many of the changes that occurred in the city over the course of the 19th century. A typed manuscript copy can be found in the Hampshire Record Office.

Stopher was concerned that the technological innovation of the 1800s and 1900s would see many of Winchester’s buildings lost during the 20thcentury. Stopher hoped to guard against the complete loss of Winchester’s architecture by employing an artist to preserve its buildings. As he turned to Beatrice Corfe for this, it suggests that she was already working as an artist in the 1890s, not just a drawing mistress, and had shown enough talent to make her the ideal candidate to realise Stopher’s vision. The fact that they both lived in and around Cheesehill Street likely had something to do with Stopher’s choice, also.

It was in the 1890s that Beatrice attracted Stopher’s patronage and began to paint sites around the city. The watercolour paintings that we care for in our collections perfectly reflect Stopher’s concerns. On the one hand, you have the picture of Minster House, which was painted around 1899. This building has survived to this day and still presides over the Cathedral grounds, poised to be photographed by tourists or rendered in paint by other artists. On the other hand, you have the painting of Bridge Street at the junction with Chesil Street, which was created around the same time. The corner where the two streets meet has changed quite considerably in the century or so since, and without Beatrice’s picture, we may not know what stood on the site now occupied by Chesil House.

Beatrice Corfe’s paintings of Winchester achieved exactly what Thomas Stopher wanted them to. The paintings provide a record of the city as Corfe and Stopher knew and loved it. They are a testament to Stopher’s intuition, as the changes on Bridge Street prove that he was right about the developments that were to come. Instead of mourning the impending loss of the architecture though, Stopher set out to preserve it for the future. In doing so, Stopher gave the city not only its architectural legacy but also made sure one of its most gifted artists would never be forgotten. 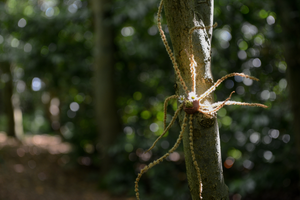