It's National Cake Day, so we thought we would celebrate by sharing a slice of history of the oldest wedding cake, which happens to be on display at the Willis Museum in Basingstoke.

In 1898, Charles Philpott created the ultimate romantic legacy when he baked and intricately iced a beautifully ornate wedding cake for the window display of his brand new shop. The wedding cake's decoration is typical of the Victorian period, featuring elaborate garlands and roses.

The cake remained on display until the shop closed in 1964 when it was moved to the building’s loft before being rediscovered in 1995. It was donated to Hampshire Museum's Service in 1995 by the baker's daughter, Ruby Philpott. Since 1997 it has been on display at the Willis Museum and is believed to be the oldest wedding cake in the world.

C. H. Philpott, Baker and Confectioner opened in 1898 at 22 Potters Lane. The small road was demolished in 1966 to make way for redevelopment but was once a thriving shopping area with a fishmongers, leather shop and cycle shop standing alongside the Philpott bakery.

The stunning wedding cake stood proudly in the shop window for over 60 years, even surviving a World War II bomb attack in August 1940 that saw the destruction of buildings not far away. As a result of the bomb vibrations, a large crack formed in the icing which is still visible today.

Despite this, the cake is in remarkably good condition. The traditional rich fruit cake remains moist and although the icing has turned brown as a result of sugar seeping into it from the fruit, it is still in place. Even so, the cake has received some tender loving care of its own by specialist conservation teams.

In 1997, the iced gates at cake’s base were in a bad state so were carefully reconstructed before it went on display at the Willis Museum. In 2007 an acetone based consolidant was injected to give it stability and strength and a loose piece of icing was put back in place. The cake has been dried out as much as possible by placing silica gel under the dome that houses the creation. It is also constantly monitored by the team at Hampshire Cultural Trust in order to keep the Philpott’s legacy of love alive. 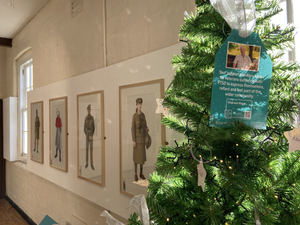 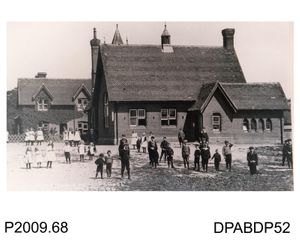 Life in Eastleigh: Through the Lens