2021 marks the 40th anniversary of the opening of Andover Museum. Gardening volunteer David Lindsell uncovers the varied history of the Grade 2 listed building, from its origin as a Georgian family home to the present day museum.

In the early 18th century George Noyes, Andover's bailiff and town clerk, purchased five small tenements on the east side of New Street and one small tenement and a parcel of land on the west side. By 1742, he had built a grand family home, consisting of ten bedrooms, two bathrooms, four sitting rooms, kitchens and a large cellar and larders for the storage of food, addressed as 6 New Street. He lived there with his wife and children until his death in 1752. The house was tenanted for a short time, but in 1768 his wife sold the property to William Andrews of Porton, Wiltshire for £500. The property at that time consisted not only the house, but a garden and coach-house on the opposite side of the road, where St Mary's Vicarage and the Moore Hall are currently situated.

A succession of various owners ensued, including the Reverend John Robert Worgan, Rector of Linkenholt, who bought the property for £719 and resided there until his death in 1801. After the death of his widow in 1803, it passed to their niece Mary Morton Festing, wife of Royal Navy Captain Henry Festing. Their son, Benjamin Morton Festing, may have known Lord Nelson in his role as a serving Midshipman on board the HMS Prince at the Battle of Trafalgar. After Benjamin's widow's death, the property was purchased by Doctor Philip Henry Poore of Littleton near Winchester for £1,200 in 1832. His occupation was surgeon, apothecary and midwife.

According to the published letters of Jane Austen, she visited Mrs Poore in Andover in 1800, but this must have been in another grand home in the town, as this was prior to her husband buying the museum house. In Philip’s will, dated 27 June 1837, his sons were to sell the property as soon as was convenient after his death, which occurred in 1847.

The new owner was Miss Martha Gale, who purchased the whole property for £1500. Martha then gifted the building to the Trustees of Andover Charities for use as a replacement grammar school and accommodation for the headmaster for the ensuing 80 years. In around 1848, two classrooms were added to the rear of the house. Some six headmasters were in residence at this time, up until the new grammar school was built on Weyhill Road in 1925.

During this period, in July 1886, the Trustees approved the building of a new classroom block on the site of the stables and the front playground attached to the south wall of the house, which now largely forms the Museum of the Iron Age, the exhibition space and main meeting room.

Following the move to the new grammar school in 1925, the house continued to be occupied for a short period of time by school masters. However, on 15 March 1928, it was put up for sale by local auctioneers Allan Herbert, listed as The Old Grammar School House, but for some reason it was not sold on the day.

At a later date, the garden opposite was sold to the vicar for the construction of a Parochial Hall. The former school classroom block was also sold around this time to the County Council Education Department for use by the adjacent British School.

The house itself was bought by Mr Arthur Bennett in November 1929, who was joined by his unmarried sister, both music teachers. The 1939 census records Miss Augusta Louise (born 1860) and Arthur Charles Bennett (born 1868) in residence at 6 New Street. Arthur is recorded as being the church organist in 1935. Augusta passed away in 1942 and Arthur in 1947.

Following Arthur's death, the building was left empty for a while, with no occupants recorded until 1953, where it may have been in use as Justice Probation offices. Many other uses are also recorded, but it is not known if these relate to the house, or the former classroom block.

Finally, in October 1969, the Eastern Distributor Road received approval from the County Council and in around 1972, the New Street diversion was opened and the property address then became 6 Church Close.

The house was opened as Andover Museum on 24 April 1981, when during the proceedings a Tasker Traction Engine arrived from the Hampshire Museum Headquarters at Chilcomb near Winchester. The Right Honourable Lord Denning OM PC DL KC cut the ribbon and declared the museum open. This was very apt, as he was a former Andover Grammar School pupil during the early 1900s. 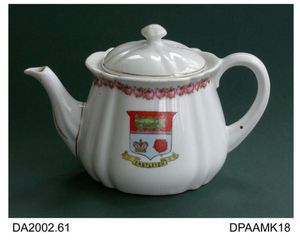 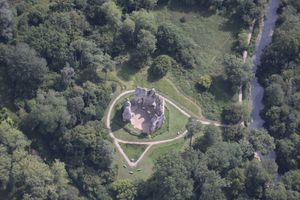