Grow your own way: The history of allotments

This week (8 - 14 August), Allotments Week is celebrated across the nation as green-thumbed gardeners join together to celebrate, looking at how green spaces can be preserved within the UK.

In this article, Nick Suffolk, Head of Cultural Experience at Milestones Museum in Basingstoke, delves into the history of allotments.

Allotments have been in existence for hundreds, if not thousands, of years, with the earliest evidence pointing back to the Anglo-Saxon era.

It was from as early as the 12th century that agricultural land was becoming more widely enclosed - land holdings were often consolidated into individually-owned or rented fields. Usually, it was seen as a more economical way of farming and became increasingly common during the Tudor period.

Further development of the modern concept of the allotment can be traced to the Enclosure Act, when much common land was fenced off and denied to those who had previously been able to freely grow and graze on it. From the 1750s, enclosure by parliamentary Act became the norm.

Between 1670 and 1870, seven million acres of land was enclosed. Some landowners realised it would benefit their workers more to have some land to grow their own food and allowed them to use an allotted amount of land. They were careful not to let them use too much - they didn’t want them to be too tired from tending their own allotment to work!

Rapid industrialisation, a moving population and low wages meant working class families struggled to feed themselves. In 1908, the Smallholdings and Allotments Act placed a duty on local authorities to provide sufficient allotments according to demand. Generally, allotments were ten rods in size; one rod is slightly over 25m², so a standard plot has an area of about 250m². It was believed that four allotments could produce enough for a family of four for a year.

By 1914 there were around 450,000 to 600,000 allotments in England. During World War I, food shortages meant growing your own food became important for everyone. Local authorities could turn any derelict land into allotments. By 1917, there were over one and a half million allotments. At the end of the war, allotments were made available to everyone, not just poorer families. They were popular with retuning servicemen, but as food shortages lessened, land was returned to its original use and interest waned. In 1925, the Allotments Act established a statutory requirement on local authorities to provide allotment land which could not be sold off without ministerial consent. Allotments weren’t free, but were rented at a reasonable rent, which covered water and maintenance. This is still the case today.

It was the case that by 1939, the number of allotment plots had shrunk to less than 819,000. This was unfortunate, as the country was about to face a huge disruption to its food supply with World War II. 75% of the UK's food was imported by ship and vulnerable to attack. Rationing was introduced and food production boosted, but more was required...

In October 1939, the government launched the Dig for Victory campaign, with leaflets and short cinema films encouraging people to grow their own fruit and vegetables. Any available space was used, from gardens to playing fields and parks, from waste land around factories, to the edge of airfields. The chance for people to help the war effort, and their families, by growing food was massively popular. CH Middleton’s BBC gardening programme In Your Garden gave people topical advice on growing food. By 1940 there were 3.5 million listeners tuning in weekly and by 1942, over 70% of people in Britain listened, with half of the general public growing some of their own food. Growing vegetables made a significant contribution to household rations - allotments and Dig for Victory patches had saved the day!

After the war, enthusiasm dropped again. By the beginning of the 1970s, there were only 500,000 allotments. Popularity began to rise again during the 70s with the popularity of programmes like sitcom The Good Life.

Today, interest is rising once more, with a waiting list for most allotments. It’s estimated there are at least 300,000 allotment-holders in the UK today. By growing your own food on an allotment or in your garden, you can not only have delicious fresh, seasonal food but also help reduce food miles on the vegetables you eat to nearly nothing!

In History Saves the World, our exhibition at Milestones in Basingstoke, now on until 4 September, you can take your first step by making a recycled seed pot and planting your free vegetable seed in compost made from garden waste in Hampshire. Included in the cost of admission, with tickets granting access to the museum for a whole year, come along and find out how we can be greener by learning from our past. An interactive family event with lots to discover, make and try! 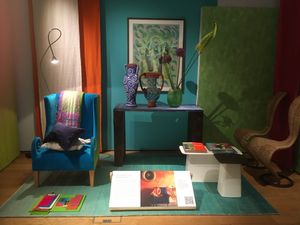 The Sweet Nostalgia of Out of the Blue 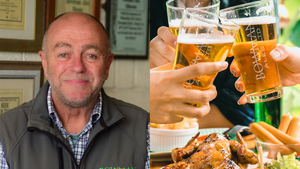