In April 2018 a metal detectorist uncovered a small hoard of objects from Hampshire’s Bronze Age past, over 3,000 years ago.

The find consisted of two arm rings, one in three pieces, an axe head, a quoit-headed dress pin, also in three pieces, a fragment of a knife or razor and the tip of a spear. The head of the pin and the arm rings are decorated with fine incised diamond and chevron patterns.

Isolated hoards like this were often buried with the intention of retrieval at a later date, while others were religious offerings associated with sacred sites and were meant as permanent deposits.

Metalworking in the Bronze Age

Knowledge of metalworking came to Britain sometime before 2,000BC, either as a result of the immigration of continental peoples, or by transmission and development of ideas and technology. Initially metal was a rare commodity and was only used by the social elite for special objects of prestige and display. It took many hundreds of years for metal to replace flint as an everyday material for tools and weapons.

The first metal introduced was copper, which was used to produce jewellery such as earrings and dress pins, and small axes and daggers. However, it was quickly discovered that the addition of tin to copper created the much more durable alloy of bronze. The earliest bronze implements were daggers, which over time developed into dirks and rapiers, and finally into broad-bladed swords.

Bronze eventually replaced flint entirely for axe production. The earliest types were simple flat axes, made by pouring molten metal into an open mould. From these developed the palstave, such as the example found in the hoard, with a more sophisticated method of attaching to a wooden handle.

This fascinating find represents the range of objects being made from the new metal: jewellery, tools and weapons. The hoard can be seen on temporary display in Westbury Manor Museum, Fareham from 18 May to 29 August.

These objects were acquired through the Portable Antiquities Scheme and are now in the care of Hampshire Cultural Trust. The Trust would like to thank the landowners, Persimmon Homes, for their help in purchasing the hoard. 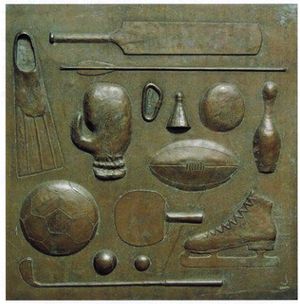 A story of collaborations, from the Friends of the Willis Museum