80 years on: The discovery of Rockbourne Roman Villa

This year we're celebrating 80 years since Rockbourne Roman Villa was discovered. In a nutshell, a Roman villa is a Romanised building in the countryside where, historically, farms or rural retreats were located for prominent members of society.

Carved marble busts found at Lullingstone Roman Villa of Publius Helvuis Pertinax, governor of Britain in AD 185-6, and his father, suggest that this villa was their county residence. At Rockbourne, the evidence is primarily farming, since the site unearthed a large collection of farming tools and animal bones.

Before the Roman conquest, roundhouses were the standard form of housing built in Britain. They were typically made of wooden posts, joined by wattle-and-daub panels and topped with a conical thatched roofs. Nothing remains of the roundhouse at Rockbourne, except for faint postholes in the ground.

The first Roman building on site was a cottage, built on top of the earlier Iron Age roundhouse. It was constructed in the late first century and had three rooms. A corridor was added by the middle of the second century, but it was never completed. There is scattered evidence under the West and North Range for earlier structures. It has been suggested that under the private suite you see today was an earlier bathhouse, later demolished to make way for the next phase.

Roughly around 150AD, the first phase of Rockbourne's West Range was constructed. The new house had four rooms, with a corridor in the east. The earlier cottage, which would have stood directly outside the main room of the new house, was demolished along with the first bathhouse. A gravel yard was laid and was resurfaced several times during the second to the fourth century.

The Western Bathhouse you see today with the hypocaust was added at the back of the house in the second half of the second century. Construction of the Aisled building is included in this phase, because many of this type are known to have been in use, but there is no evidence for the actual date of construction. The Aisled building was probably used as a barn for storing equipment and produce.

In the fourth century, both bathhouses were remodeled and embellished and the Eastern Suite was taken out of use.

Before the end of the Roman period, agricultural activity took place in some of the rooms in the Western range. Evidence of broken mosaics, rudimentary hearths and postholes, as well as collapsed roofing suggests, despite maintenance, an increasingly crumbling structure during the early fifth century. By Anglo-Saxon times, the site was abandoned, evidenced by the discovery of two skeletons in the rubble. For centuries after, the local people used the villa as a source of readymade building material, with evidence provided from dropped Medieval potsherds and coins. On the 1671 estate map, the site was under plough and part was called 'Chestle' (heap of stones). This presumably relates to uncovering of Roman building material.

During the Second World War, local farmer Tom Porter was digging out a ferret at the site of a well-known rabbit warren. He unearthed oyster shells and tiles. News of the discovery reached A T Morley Hewitt of Fordingbridge, a local estate agent and chartered surveyor, who had a keen interest in history. Morley Hewitt obtained permission for a trial dig in September 1942 and found a mosaic floor featuring an eight-pointed star.

Further digging took place in 1943 and 1944 to uncover the rest of the Eastern Bathhouse. In March 1944 an American General based at nearby West Park country house, came to visit the Roman remains. His name was General Joseph Lawton Collins, or "Lightning Joe". Collins was the commander of US VII Corps and played a major role in the D-Day landings in June 1944.

Morley Hewitt later brought the land, and for the next 30 years, with a team of volunteer diggers, more of the villa's layout was revealed. The hard work and enthusiasm from the volunteer diggers made this special site possible - with their help, the team unearthed amazing objects from the ground for the first time in 1600 years.

In the 1960s, Rockbourne Roman Villa attracted so many visitors that the small country roads were blocked by traffic. Thousands of people watched the layout of the villa slowly revealed in front of them and more objects coming out of the ground. A shed to house the growing collection became the first museum on site. In 1972, the current museum was opened.

The site was a private museum, owned by Morley Hewitt. After his death in 1974, the site was transferred to the Hampshire County Council. The last excavation took place in the late 70s/early 80s, to see underneath the better-preserved mosaics. At this time, both were restored and relaid. The remains have been backfilled to prevent further deterioration and the position of the walls marked out in gravel.

In 2014, Rockbourne Roman Villa, along with other council museums and art centres in Hampshire, joined to form Hampshire Cultural Trust.

Return to Culture on Call on Tuesday to find out more about the history of Rockbourne Roman Villa!

You're also invited to join us for the Rockbourne Roman Villa anniversary event, Rockbourne Rediscovered, 6 - 7 August! 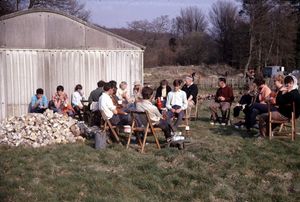 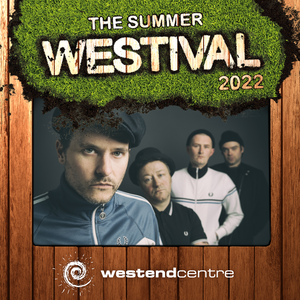