The Aldershot Military Garrison is dotted with monuments and memorials to dedicated divisions, corps, regiments and individuals who served in or were stationed in the area. One of the more poignant memorials is located along Pennefather’s Road, on the site of the Officers’ Mess for 16th Parachute Brigade.

At lunchtime on 22 February 1972 a massive car bomb exploded outside the Mess, killing a Roman Catholic chaplain to the Forces, five female mess staff and a gardener. The explosion also injured 19 others and could be heard as far away as Aldershot town centre and North Camp. It was one of the largest terrorist acts carried out by the Official IRA outside Northern Ireland.

The Official IRA claimed responsibility and alleged that it was the first in a series of operations aimed at British headquarters in revenge for the events three weeks earlier in Londonderry when members of the Parachute Regiment had been involved in Bloody Sunday. The Aldershot attack was misplaced. Although it was intended to target military personnel, major elements of the Parachute Regiment were deployed overseas at the time of the outrage.

The Official IRA received widespread criticism for the attack, particularly as the victims were civilians and a military chaplain, and this may have contributed to the organisation declaring a ceasefire in May 1972. One of the IRA operatives was convicted for his part in the bombing.

The enhanced security measures put in place around military establishments following the bombing changed the character of the area. From the inception of the Camp there had been few physical barriers in place. The only restrictions had been the imposing walls around the Cavalry Barracks. From 1972 onwards local residents saw the advance of fencing with associated barbed wire and armed guards.

As a result of the structural damage sustained, the Officers’ Mess was later demolished. For many years it has been difficult to access the site, but a new memorial is being incorporated by Grainger plc as part of the area’s redevelopment for civilian housing. In the meantime we remember:

This article was written and researched by David May, a volunteer at Aldershot Military Museum. 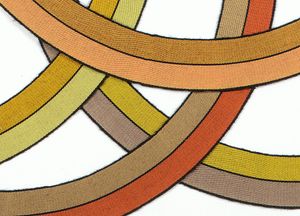