Welcome to day five of the Twelve Days of Collections! Over the twelve days of Christmas we’re looking into the collections cared for by Hampshire Cultural Trust, prompted by lines from the classic song.

Day five is here, and it can only mean one thing…

Or in this case, five gold things, with five remarkable items at the Museum of the Iron Age in Andover.

The two pairs of earrings shown here were made from sheet gold, but analysis by the British Museum has shown that they were fashioned from two different batches of metal. Further research tells us that the larger pair were made from Irish gold and the smaller pair with gold from either Ireland or Spain. The small gold bead in the centre of the display is formed from a rectangle of sheet gold, rolled into a parallel-sided tube. A number of identical examples are known from Brittany.

Discovered in January 1986, these items were found during an excavation on part of the Leckford Estate, owned by the John Lewis Partnership, in an area rich in ancient sites. The evidence found can tell archaeologists much about a period over 4000 years ago, known as the Beaker period, which incorporates the transition from the Stone Age to the Bronze Age.

The primary burial at this site was of a man in his late twenties, who stood well over the average height of the time at 5’10”. Alongside the gold he was accompanied by a bell beaker, copper dagger, antler spatula, flints and beads. Such an array of items suggests that this was an individual of great importance, possibly a chieftain.

Be sure to join us tomorrow for day six and catch up with the days so far here! 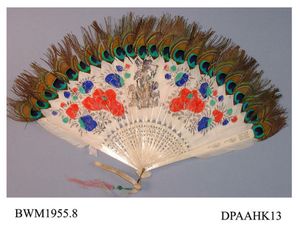 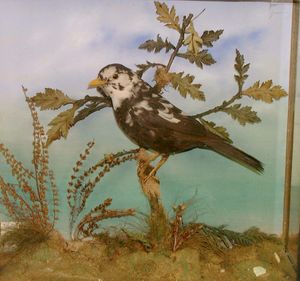