Despite a devoutly Christian society, the Tudor era (1485 – 1603) was a tumultuous period for religious practices across England. With Henry VIII breaking from the Roman Catholic Church in the 1530s, each new Tudor monarch brought different ideas of how Christian traditions should be followed. Easter was no exception and many of the rituals and celebrations that are observed today would have been banned during large portions of the Tudor period!

William Paulet was the original owner of Basing House in Basingstoke. He was always keen to align himself with the ruling monarch of the time, and due to this, the Easter traditions practiced at Basing House were likely to have changed often!

Palm Sunday is the first day of the Holy Week in the Christian calendar and marked the start of Easter celebrations during Tudor times. With palm leaves being difficult to come by in England at that time, priests would bless branches of local greenery for use in Palm Sunday processions, commemorating the arrival of Jesus into Jerusalem.

Despite all this, Palm Sunday celebrations were suppressed throughout much of the Tudor reign.

The tradition of eating hot cross buns at Easter is thought to date back to the Saxons, who are said to have eaten similar, cross-marked treats in honour of Eostre, a goddess of spring, life and fertility. It is probably no coincidence that her name sounds an awful lot like Easter! An interpretation of Eostre even features in a work called Deutsche Mythologie by Jacob Grimm, one of the brothers responsible for the Grimms' Fairy Tales. Deutsche Mythologie is a comprehensive work written in 1835, tracing Germanic mythologies such as Eostre, whose symbols and legends are even said to predate Christianity!

Elizabeth I was certainly not a fan of hot crossed buns though, as in 1592 she banned the consumption of hot cross buns, except for during burials, on Good Friday or at Christmas!

Creeping to the Cross

A long-standing tradition carried out by the Catholic Church on Good Friday, this ritual involved worshipers crawling towards the Cross on their hands and knees. It too was banned throughout much of the Tudor period.

The Tudors loved a good feast and certainly knew how to throw a party, with jousting tournaments, hunting expeditions, plays and masques all a regular feature of upper society calendars. But for the forty days ahead of Easter Sunday, this was all done away with, as Lent would have been strictly observed across the whole of England. This is one Easter tradition that remained in place during the entire Tudor era.

The tradition of gifting and painting eggs at Easter date back far beyond the Tudor era and are thought to have their roots in pagan celebrations of spring.

During the Tudor period, eggs would have been strictly off the menu during Lent, so may have been gifted on Easter Sunday as a special treat! In fact, Henry VIII once received an egg in a silver case as an Easter gift from the Pope (probably before falling out!). Unfortunately for the Tudors, chocolate eggs weren’t introduced until the 1870s.

Unlike the eggs above, chocolate was only just starting to make its way over to Europe during the end of the Tudor era and would have been unheard of by most residents of Britain at that time. In fact, the first shipment of cocoa beans to land on British shores in the 16th century was mistaken for sheep droppings and subsequently burned!

A little after the reign of Queen Elizabeth I, drinking chocolate began to take Europe by storm and in the 17th century, the Pope was forced to intervene and decree chocolate a drink to prevent arguments about whether it could be consumed during days of fasting! 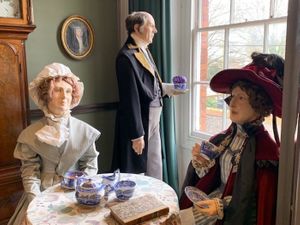 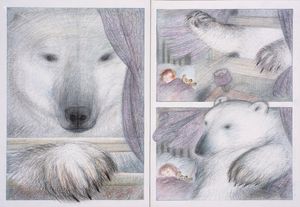