If you were in possession of a piano in Winchester in the Victorian period—or looking to acquire one—then you need look no further than Teague & King’s!

The music shop was founded in 1880 by Wiltshire-born William Teague and Frederick William King. For ten years, the shop occupied 75 High Street—an address that Winchester locals will have walked past on many occasions as they trotted into town or hiked up to the Westgate Museum. It’s now the site of Three Minsters House and, although the façade has changed a little, much of it has remained the same.

In 1890, Frederick King and his family moved the business to 46 High Street. They found neighbours in the chemist shop, Hunt & Co, at number 45, and in the “clothiers, outfitters, and hatters,” Clifton & Sons, at number 47.

The new location in the heart of the city and likely would have attracted even more passing foot traffic than it already did further up the street. The building remains a prized spot in the city and has been occupied by a number of different shops over the years. Currently, it is the home of the clothing shop, Seasalt Cornwall.

On the 1891 census, Frederick is living above the shop with his wife, Emma, and their three children as well as Beatrice Andrews, their domestic servant, and the daughter of Frederick’s business partner—one Frances Teague, who is listed as the “music seller’s assistant”.

It appears that in the thirteen years since the 1900 directory advertisement, Teague & King had expanded and now boasted shops in Eastleigh and Romsey as well as in Winchester and Alton. The 1913 directory also shows us that Teague & King’s declare themselves “sole agents” for the gramophones and records made by the music company, “His Master’s Voice,” which we would know better today as HMV. Though the people of Winchester still had the ability to make music in the comfort of their own homes, they now had the option of listening to music without having to play themselves and this option would only increase in scope and popularity as the 20th century wore on.

Teague & King’s company would continue to thrive in Winchester until the 1970s, when the retail side of the company shut down. By that time, Teague & King’s had been operational in the city for nearly a century and many of Winchester’s budding musicians would have them to thank for the equipment necessary to hone their craft.

The two advertisements are taken from Warren's Directory of 1900 and 1913 which are held in the University of Leicester's special collections and can be accessed here. 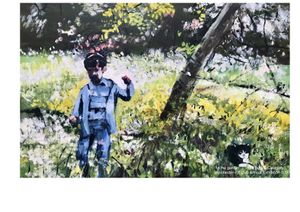 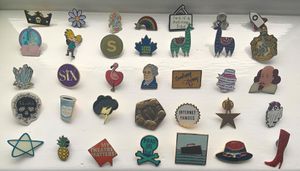