Every Easter, we welcome re-enactors from The Sealed Knot to Basing House, who bring living history to this once great private home and retell the story of its last days during the English Civil War. While the event was unable to go ahead this year, we can still share a glimpse of the action from 2019...

The Siege of ‘Loyalty’ House

Ever faithful to the crown, the Paulet family held esteemed roles under the Tudor monarchy and, after the death of Elizabeth I, continued to serve the Stuart kings. In 1642, John Paulet, the 5th Marquess of Winchester, declared loyalty to King Charles I, sealing the fate of Basing House in the English Civil War. Following three years of brutal fighting, at 6am on 14 October 1645, Oliver Cromwell led his 7,000 men to storm Basing House for the last time. John Paulet was captured and taken prisoner along with 300 other men, including the Royalist military engineer and architect, Inigo Jones.

The once grand house and the town of Basing were left to burn. After the fall of Basing House, Parliament decreed that “whoever will come for brick and stone shall freely have the same for his pains” and the townspeople made good use of the rubble, restoring the church and their homes.

During the Civil War, Basing House was known as Loyalty House, with the Paulet family refusing to turn their backs on the Crown. Even after the fall of Winchester with the tide turning against the Royalists, the Paulet Family continued to support Charles I. Following Cromwell's death, this loyalty was rewarded when the title and estates were restored to the family in 1662 by Charles II, after he returned from exile in Europe and was crowned King of England.

Today, the overarching tale of ‘loyalty’ is captured in the Knot Garden at Basing House, spelled out of topiary trees and cared for by our army of loyal volunteers. 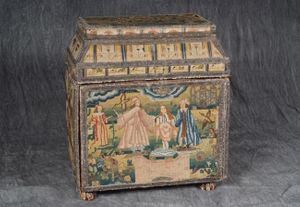 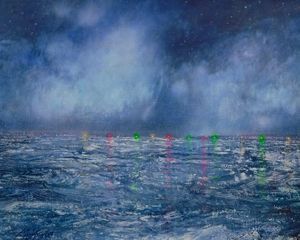