Following his previous highly popular exhibitions (May the Toys Be With You and I Grew Up 80s), collector Matt Fox has bought his new exhibition The Magic of Middle-earth to the Willis Museum and Sainsbury Gallery. Here, Matt answers our questions about Tolkien's incredible creations and how he collected the wide range of objects, now on display until 16 October.

Matt: Middle-earth is a place that feels both mythical and historical. It comes alive for readers and once you become attuned to it, you can imagine the world beyond the page. This makes is a Minecraft-like toolbox for creators of all types; writers, artists, musicians, film makers, game designers. I wanted to put together an exhibition that went beyond the books to curate and celebrate that artistic legacy.

2. What do you think we can learn from the world of Middle-earth?

Fantasy and science-fiction are often lumped together on the bookshop shelf, but the evocation of nature within fantasy has no parallel in sci-fi. Few writers evoke the natural world as well as Tolkien (in fact critics might say that he frequently expends more effort describing the landscape than describing the characters). He was a far-sighted environmentalist and particularly passionate about trees (from his imagination sprung Treebeard, protector of the forest). I think people are slowly coming round to his way of thinking, that if we want to avert an environmental catastrophe perhaps we should be more like Treebeard.

3. What was the first item you found for this Middle-earth collection?

My first encounter with Middle-earth as a child was through an audio tape of The Hobbit, which I used to request on long car journeys. My eyes may have been blankly staring at motorway traffic, but my mind was abuzz with dwarves and dragons, goblins and Gollum. That audio adaptation was read by Nicol Williamson (if you’ve seen the movie Excalibur he’s the actor who played Merlin) and he really brought it alive, acting out all the parts. You can see that tape proudly on show in The Magic of Middle-earth.

4. What was the most challenging object in this collection?

The most challenging exhibit to put together was the diorama of The Battle Of Helms Deep. Epic battles are a Middle-earth mainstay and I wanted to create a battle scene with lots of visual interest. I decided to use poseable action figures, which are about eight inches tall and this meant the diorama would need to be pretty big. Fortunately I have a friend Amina Kaufmann, who is talented at crafting and she did a great job at creating the gatehouse and a section of castle wall. She also custom built a battering ram and siege ladder, and I hunted down scale models of barrels and other paraphernalia to dress the diorama with. I also became Ebay’s number one buyer of Uruk Hai action figures, and gradually amassed ‘an army worthy of Mordor’. I spent several happy hours at the Willis Museum placing figures one-by-one into the raging battle, and I think the final exhibit looks very dramatic.

5. What is the rarest object in the collection?

The rarest object is fittingly the one that started it all. A 1937 first edition / first impression copy of The Hobbit. 'First edition' is a phrase that people will be familiar with, but 'first impression' relates to the very first print run – one of the first 1500 copies off the press.

Look out for the second part of our Q&A with Matt, coming soon to Culture on Call! 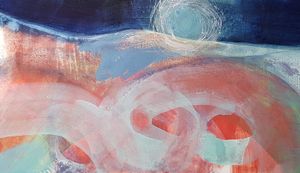 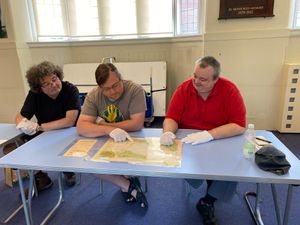