Christmas for Jane Austen, who would have celebrated her 245th birthday on 16 December, would have been a time for attending parties, dances and lively theatrical productions – not unlike the kind of Christmas celebrations we have enjoyed in previous years. These festive experiences can be seen threaded throughout her novels.

“This is quite the season indeed for friendly meetings. At Christmas everybody invites their friends about them” - Emma, Jane Austen

In Pride and Prejudice, Austen wrote:

Jane was born in Steventon, near Basingstoke, and it is widely known that she attended gatherings at the Basingstoke Assembly Rooms in the town's Market Place, where, three years ago on the 200th anniversary of her death, a life-size bronze statue of her likeness was unveiled outside the Willis Museum to celebrate her legacy. Jane can be seen carrying books as though she was walking through the square, perhaps on her way home to dress for some Christmas festivities.

In Austen’s time, the festive season lasted from 6 December to 6 January, but there were no Santa or stockings and Christmas trees and cards did not become a Christmas tradition until the Victorian era. Homes, including Steventon Rectory where Jane spent her childhood, were instead decorated with evergreen boughs such as holly with berries, ivy and laurel.

While at Steventon Rectory, Austen wrote drafts for Northanger Abbey, Sense and Sensibility and Pride and Prejudice, inspired by Hampshire’s stunning countryside and her experiences in Basingstoke. Unfortunately, nothing remains of the rectory, however the church of St Nicholas, where Jane’s father was rector, still stands today.

The church would have been a big part of Jane’s Christmas celebrations. On Christmas Day, people went to church before returning to a celebratory dinner of turkey or goose and Christmas pudding. The day after, families like the Austens would have given to charity before presenting their staff with Christmas boxes – hence why today this day is known as Boxing Day. 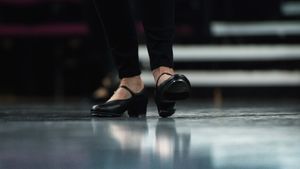 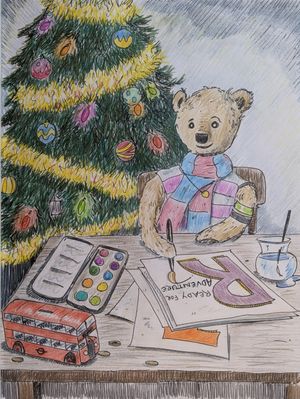