Britannia’s Basingstoke: our Roman past

From the small market town of the post Second World War era, to the boom of the swinging 60s and today’s thriving business centre, Basingstoke has experienced major population growth over the years. But did you know that Basingstoke was a boom town centuries ago… in the Britannia of Roman times?

After the Romans conquered Britain in AD43, Silchester, eight miles north of modern Basingstoke, became the main town and centre of government for the area. Known as Calleva Atrebatum, it was the seventh largest town in Roman Britain.

Unlike most Roman towns, after it was abandoned it was never reoccupied or built over, so archaeological investigations have unearthed a lot of information about how the people of Roman Basingstoke would have lived. Great personal wealth is hinted at by a hoard of coins, fragments of gold rings and a distinctive cast glass gem, all of which can be found in the Archaeology Gallery in the Willis Museum, operated by Hampshire Cultural Trust.

Just like Basingstoke today, the streets of Calleva Atrebatum were laid out in a distinctive grid pattern. The whole site covered about 40 hectares and included shops, workshops, public baths and an amphitheatre, the remains of which can be seen at the site today. This great town was surrounded by walls which also still stand today and are considered to be the best-preserved Roman town defences in England.

As the biggest town in the area, Silchester needed to be linked with the rest of the country and Roman Road to the west of modern-day Basingstoke is evidence of the route from the town to Winchester.

Whilst work was taking place in Winklebury in 1964 a two-ton coffin was unearthed. The coffin contained the body of an adult male, who, at the time of his death, was roughly 30 years old. Also found in the coffin were two coins bearing the image of Faustina II, daughter of the Emperor Antonius Pius. These were placed inside in order to pay the ferryman for the crossing over the River Styx, the boundary between Earth and the Underworld. The huge coffin and the actual skeleton of the Roman citizen buried within it can be found in the Willis Museum today. 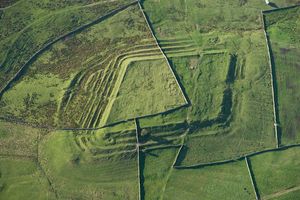 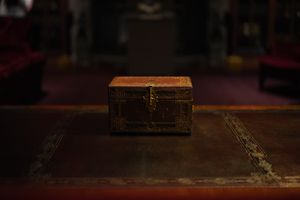