Five copper alloy Roman coins made in the 4th century AD (350-53 AD) and found in the parish of Droxford by a metal detectorist, all from the reign of the Emperor Magnentius. The coins are known as nummi (singular nummus), which is actually Latin for coins but is used to describe the low value copper-alloy coinage of the late Roman Empire. On day 7 of our 9 treasures we featured 2 gold coins from the reigns of Constans (337-350) and Constantine II (337-340) and how the coins represented a period of unrest. Constans was overthrown in 350 AD when the Roman general Flavius Magnus Magnentius, supported by the military declared himself emperor.  Although initially securing the support of the western empire Magnentius failed to secure full support in the east and after several defeats by forces loyal to Constantius II he committed suicide in 353 AD.

These coins were found very near to two previous discoveries of coins all from the same period; 27 coins have been found in total.  Due to the proximity of the finds they are known as a dispersed hoard because they would probably have been deposited together but over the years have become separated, perhaps because they were dragged by a plough. Hoards were often buried at times of unrest with the intention of retrieval but for whatever reason the owners were not able return. The province of Britain had been a supporter of Magnentius and after his death there was a purge of his supporters. Maybe the depositor of these coins feared for their safety during this time? 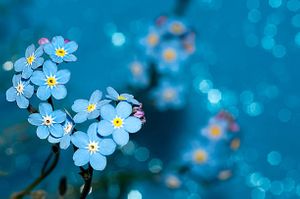 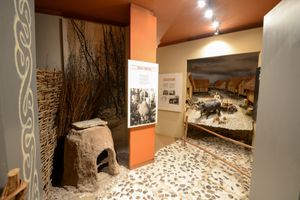