Early Anglo-Saxon cast gold cloisonne buckle tongue, late 6th to mid 7th century AD, found at Farleigh Wallop Hampshire in June 2018 by a metal detectorist. Cloisonne is from the French for compartments and refers to the strips that form the cells holding the inlaid decorations.  Six of the eight cells retain red probable garnet inlays, one contains green glass inlay and the bordering to the cells is gold.

The same element can be seen in the Alton Buckle on display at the Curtis Museum, Alton, outlined here in black to show how this item would have fitted into a buckle. Presumably the owner would not have been too happy when they realised their buckle was broken. 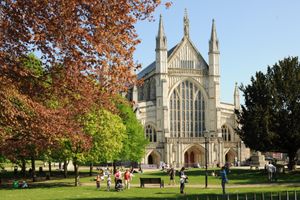 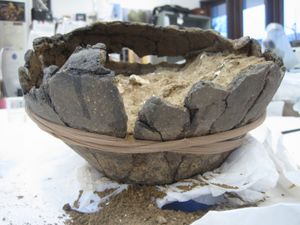